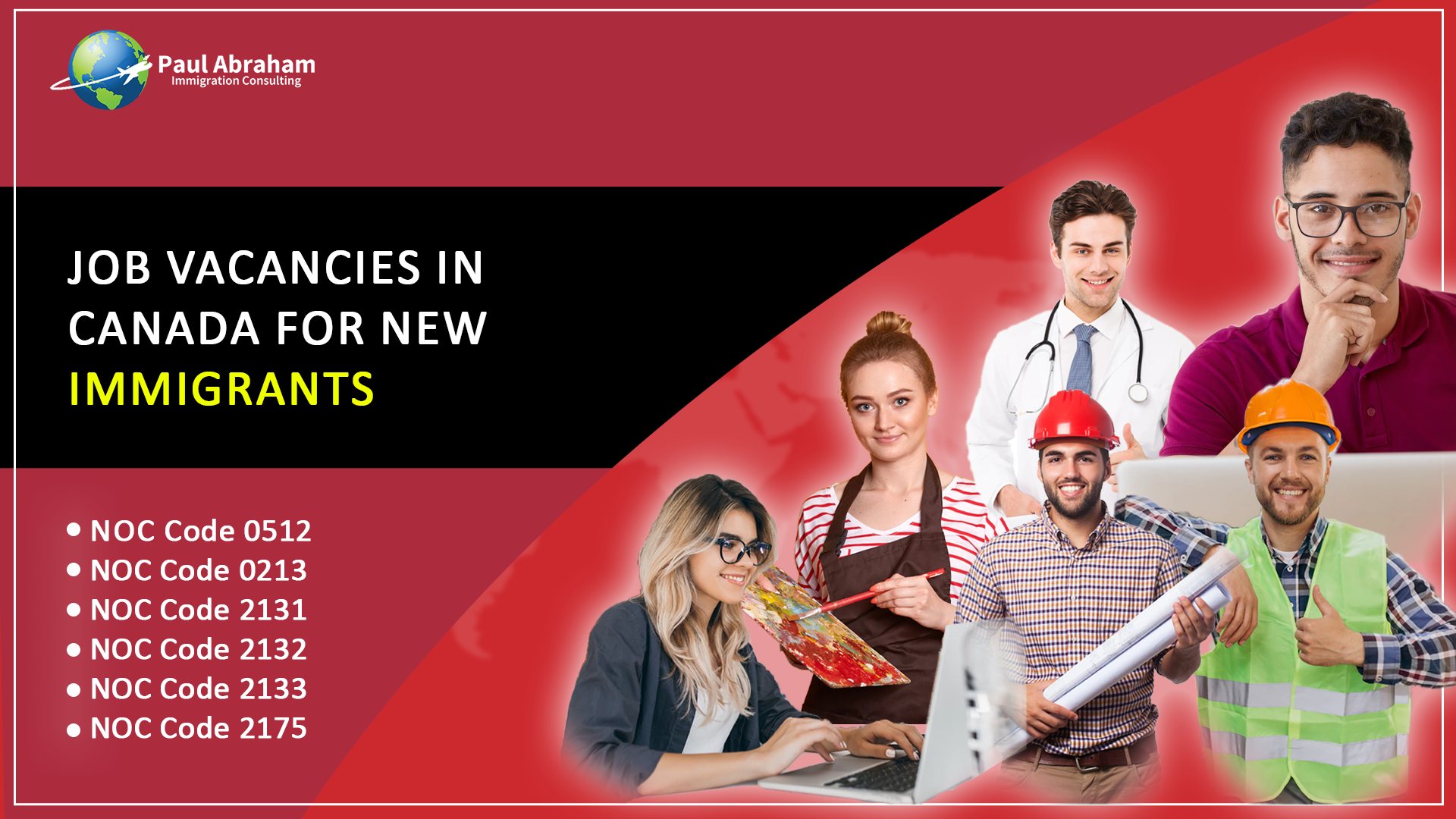 Canada is increasing its population every year with a new record, Where IRCC has chosen Jobs in Canada as one of the primary sources for new Canadian citizens. Research from Statistics Canada suggests that immigrants play a big part in addressing Canadian labour shortages and are the primary driver of Canada's economic growth.

In-Demand Jobs in Canada for Immigrants

Employment rose in several industries where some of which are

The new opportunities in 2022 were for both men & women with the age range: of 25 to 54. The most Employment rose were in Ontario and Quebec; there were also some new job vacancies in Prince Edward Island, Newfoundland and Labrador, Saskatchewan and Manitoba in October. Results from the Labour Force Survey emphasize on the graph and analyzed that the highest portion of new jobs is getting filled by persons who are or are currently permanent residents or landed immigrants in Canada.

Ontario is the top most job provide province in Canada Where accommodation, food sectors, professional, scientific and technical services sectors provide the highest number of vacancies.

Quebec is the 2nd top job-providing province in Canada Where construction, finance, insurance, real estate, rental, and leasing are providing the highest number of vacancies · The best predictor of wages in the first one to two years after immigration was pre-landing Canadian job experience; each additional year of Canadian work experience was associated with an 84% rise in earnings; · Language prowess: Those whose mother tongue was not French or English (but who spoke English) made 29% less money than those whose mother tongue was either French or English; · According to studies, those with a bachelor's degree (15 years of education) made 12–24% more money in the short run.

1. What is LFS (Labour Force Survey)?

The Labour Force Survey is a monthly survey which measures the current state of the Canadian labour market and is used, among other things, to calculate the national, provincial, territorial and regional employment and unemployment rates.

2. What jobs are in demand in Canada?

The Retail Trade sector is in Demand in Ontario.

3. Which Province in Canada is a popular choice for Immigrants?

Ottawa is a very popular choice for expatriates. The city consistently ranks highly for the quality of life, and cleanliness and is one of the best communities to live in worldwide.

4.Which are the highest paying jobs in Canada?

5.Why is Canada better for employment than any other country?

Canadian law protects all workers in Canada Employers must pay attention to the following rules : ● Pay Workers for all work (including overtime, where required by law) ● Provide workplace safety insurance ● Offer Foreigner Workers the same benefits as other workers, and ● not take the Worker's identification