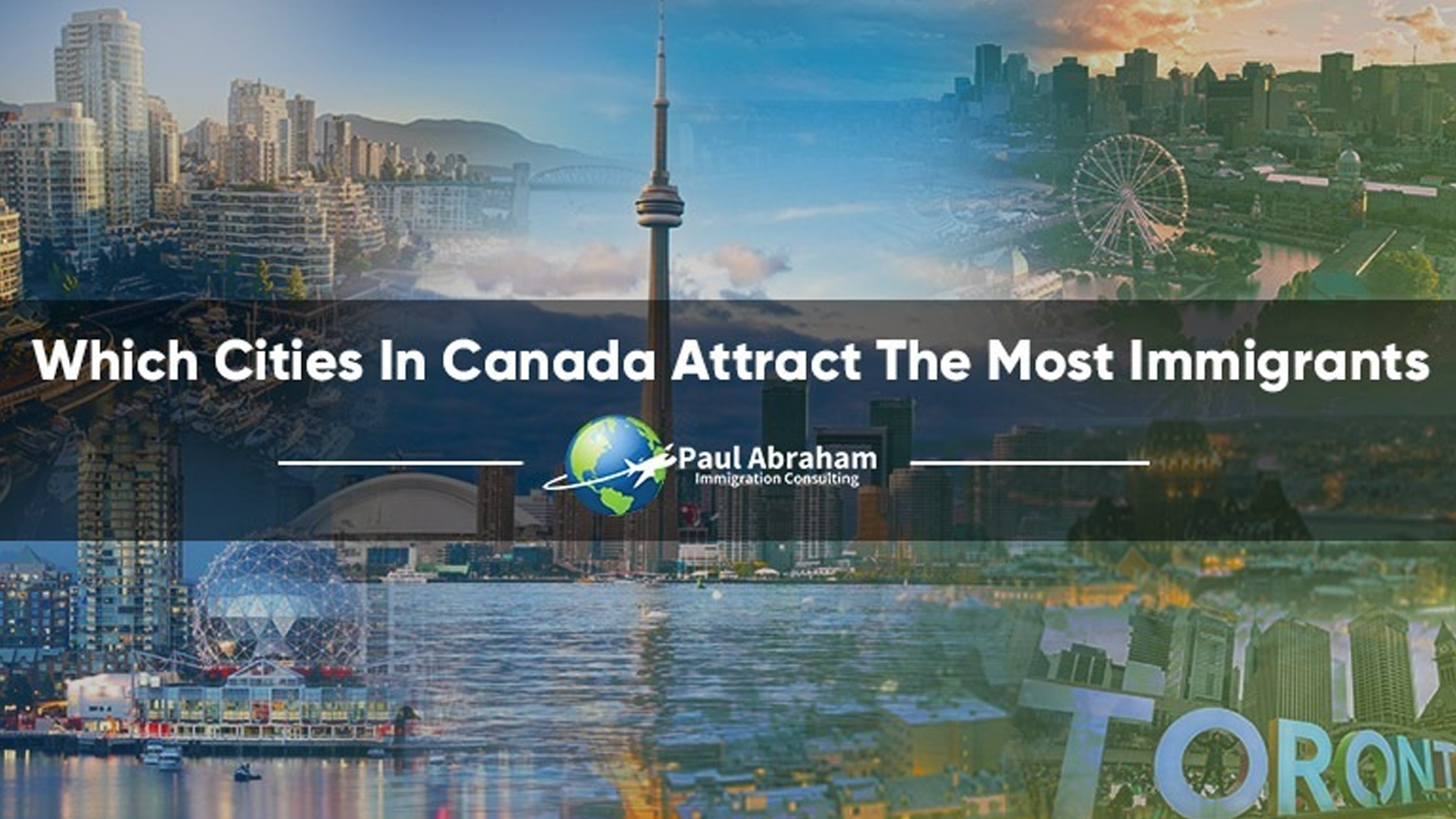 Canada is the most preferred destination for most immigrants around the world. All the immigrants in Canada have a reason to call Canada their home.

Lately, the interest in immigrating to Canadian cities has increased as there are profuse opportunities open to everyone. Besides, Canada invites applications from diverse talented candidates to utilise the resources available to the growth of the economy.

Which Province Has the Most Immigrants In Canada

The reasons for the popularity of the province which attracts the number of immigrants are low unemployment rates, availability of real estate for the immigrants, high-pay jobs.

Ontario grabs the first position with the highest number of immigrants in Canada. According to IRCC data, Ontario intake of numbers reduced to half in the year 2020, but stands at number 1, as is the preferred destination in Canada.

Best Province In Canada For Immigrants

According to the IRCC report, nearly 65% of the Express Entry applicants prefer Ontario as the first choice for settlement. British Columbia and Quebec are the Canadian cities that follow the trail in the preference of the provinces for settlement.

Ontario remains at the top position considering the benefits for the immigrants available in the province. The developed fondness for the province is because of the taxes, they maintain the unemployment rate at a low level.

Ontario is a home for a multiethnic, comfortable location for more than half the population born out of Canada. It is a culturally diverse location; the newcomers find it promising, as there are abounding Canadian industries for better opportunities.

The largest province of Canada, Ontario is a destination with tech, Financial, and Industrial locations. This has grown to be a spot for startup tech companies, which is a promising factor for many jobs and the overall development of the company.

British Columbia ranks next as the most endurable location, as assurance for excellent healthcare is a reason for people to prefer this province. The weather condition is comfortable with optimum temperatures in the summer and winter seasons. The public transportation facilities available are astounding and individuals can rely on these for commutation in this most preferred city for migrants.

Quebec is a preferred destination in Canada for many immigrants from all over the world as it has a serene environment with nature at its best.

Quebec is one of the most affordable locations for immigrants in Canada. The rental prices and the real estate in Quebec are very low compared to other Canadian cities. Besides, the electricity charges are at their lowest in all of Canada.

Are you new to Canada? The new immigrants in Canada do extensive research to find out the cities which suit them best. Here is the list of the most preferred cities for migrants in terms of standard of living and other attributes.

· Toronto: Toronto is the capital city of Ontario and is the largest city, with an increasing number of immigrants in Canada all over the world. Toronto is the most preferred city for migrants from across the globe. This largest city provides opportunities in diverse industries ranging from Finance, technology. With the COVID-19 pandemic doing its rounds, the immigrants’ preference and liking toward Toronto has not changed. With such a talented pool of immigrants invited and selected from various places, the Greater Toronto Area is a hub for startup companies. With not very alarming climatic conditions in Toronto, the city is equipped for all situations paving way for all recreations. The city transportation facilities are exhaustive and are sufficient and do not require one to have a private vehicle. · Vancouver : Vancouver is the largest city in British Columbia with a diverse population, thanks to the immigrants in Canada. Vancouver has rolled out BCPNP to invite skilled labourers to their province for extensive development. The opportunities are galore in this city with better climatic conditions without affecting the normal work life. The holistic development of a country relies on its people’s health as well. Vancouver’s healthcare facilities are extraordinary and function in a constructive pattern. · Montreal: Montreal is the largest city in the Quebec province and is the second-largest in the country. This city is the home for diverse immigrants overseas, rendering it the most preferred destination in Canada. Like the other Canadian cities, Montreal has all-embracing cultures, making it a home for skilled workers, business people, students, family members and refugees. Montreal brings in immigrants for favourable employment opportunities, affordable standard of living, excellent education system, best health care services. This city is proud of its rich culture, making it home to millions of people.

Provinces In Canada That Need Immigrants

The immigrants are less likely to choose a few provinces for the lack of employment opportunities, or dearth of facilities. The immigrants in Canada lack knowledge about the availability of the resources to make the best use of it. However, the public also has to take initiatives in the province’s upbringing.

The Canadian government is seeking ways to bring in skilled workers, entrepreneurs, International students, International graduate entrepreneurs to Newfoundland and Labrador through its Provincial Nominee Program (PNP). This move shall bring in more immigrants and suppress the problem of ageing and declining population.

The panel of experts works on the high immigration targets and, by improving the retention plan, there are chances of an increasing the number of immigrants to its province.

Most Diverse Province In Canada

The province of British Columbia is multicultural, as immigrants overseas settle in this province. The all-embracing province augments respect, understanding, and inclusiveness beyond normalcy.

Canada is a dream destination for millions of immigrants who are waiting to be Permanent residents sooner. The foremost concern is not about settling down in the best province, rather call your province your home based on your profession and in the best interest of your family. Our RCIC, Mr. Paul Abraham, has been a player in this particular aspect. Thus, he is the best person to guide you through the entire process. The PAIC team takes care of your immigration application from scratch till the end. Please visit our website for better guidance.