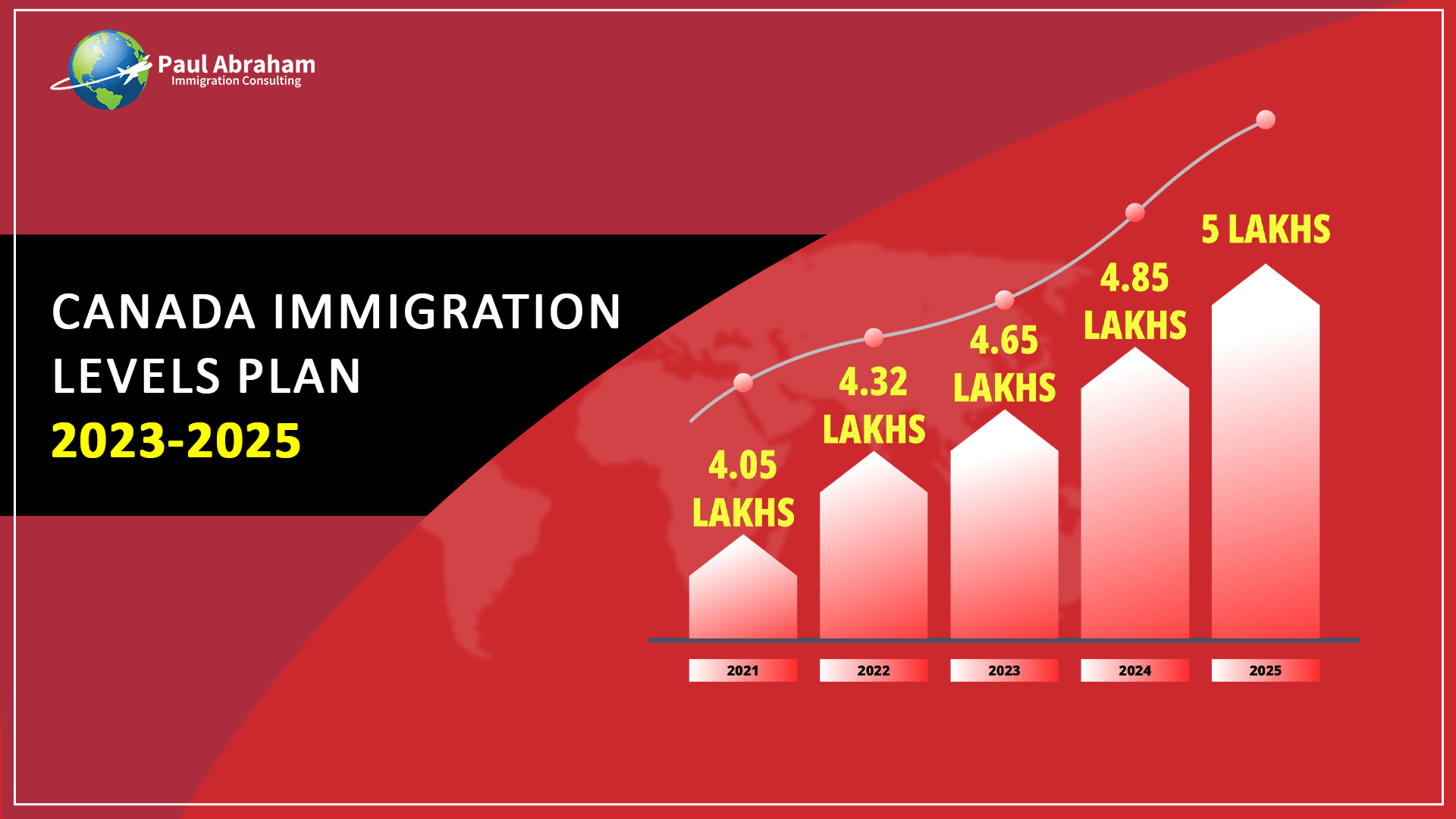 Canada is at its maximum for new Immigrants from Last Year: 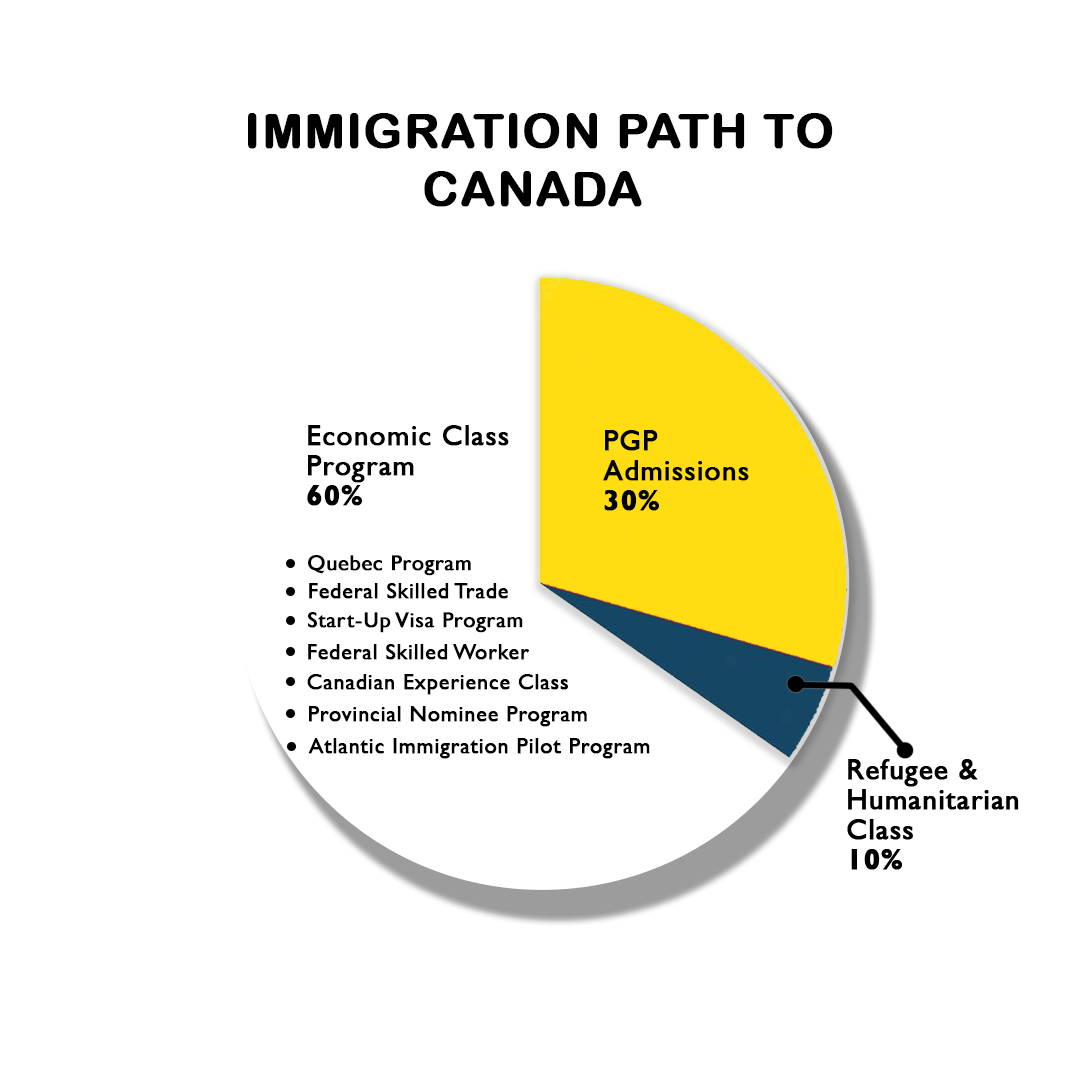 will rise as follows:

The PNP will remain Canada's leading admissions program for economic class immigrants, and targets will also increase to

Humanitarian and refugee populations are expected to shrink.

In the 1990s, the Canadian government recognized the shortage of labour (low berth rate in Canada) and increased immigration targets to 250,000 between 1990 to 1998.

Due to the Pandemic and economic shrink in Canada, IRCC has broken all its previous records.

Still, Canada exceeded its 2021 immigration target. It broke the record for the most permanent residents invited, 405,000 in a year, where large allocations of ITAs (Invitation to apply) were given through Canadian Experience Class and Provincial Nomination Programs.

Canada's immigration strategy focuses on labour shortage as there are one million job vacancies.

The IRPA lays forth the fundamental principles and ideas that guide Canada's immigration and refugee protection policies. 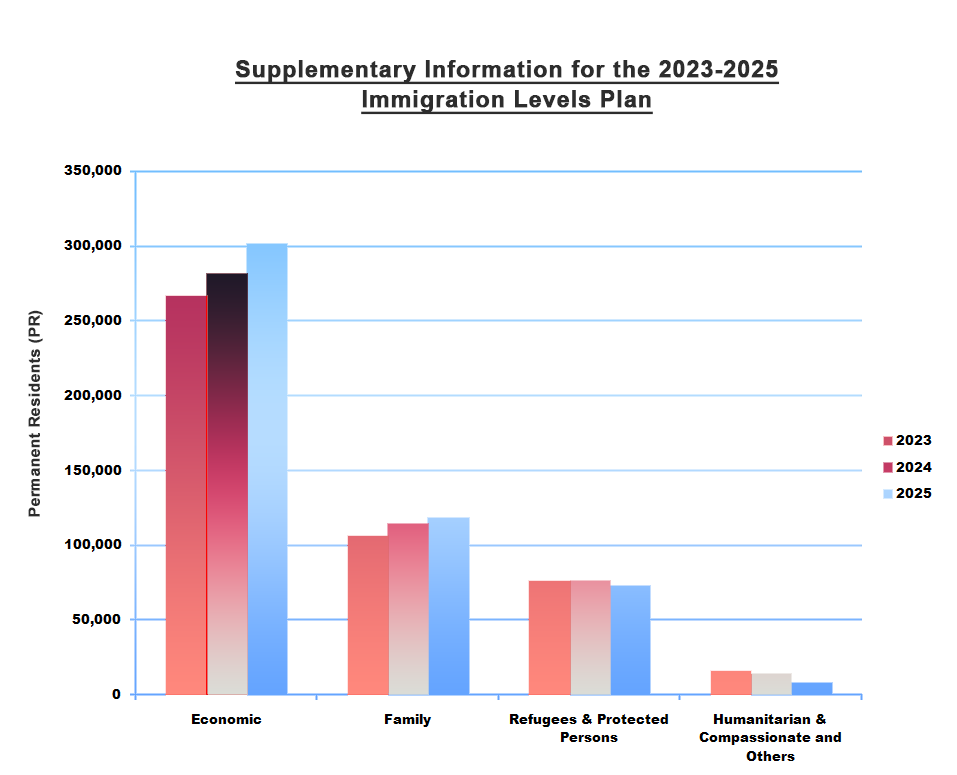 ·       Which is the best immigration program for Canada?

BC’s program – is currently the easiest way to get to Canada as a tech worker.

·       How to eligible for Canadian immigration?

1.     Check your eligibility with the Following Factors:

4.     Check Demographics for additional CRS (age, adaptability, and so on)

·       When will Canadian immigration stop?

Century Initiative is a registered charity run by business leaders and academics that advocates for the population of Canada to reach 100,000,000(1 Million) by 2100.

So there will not be any stop for Canadian immigration in the upcoming years.

·        Why Canada has increased the number of new applications for Canadian immigration in 2023?

The data comes at a time when Canada is dealing with the aftermath of the COVID-19 pandemic, a historic labour shortage and a record one million job vacancies.

Labour shortages are further impacted by Canada’s low birth rate of 1.4 children per women, one of the lowest globally.

Immigration has been one of the main drivers of Canada’s economy, accounting for almost all the nation’s employment growth.

The updated Invitations for Express Entry in 2023 is 82,880 which is much higher than the last ITA in 2022 ie. 28,039 where Canadian Experience Class, Federal Skilled Workers Program, Federal Skilled Trades Program are included.

·       What will be the target for new applications through Provincial Nominee Program in 2023?

Through a network of Provincial Nominee Programs (PNP), almost all of Canada’s ten provinces and three territories can nominate skilled worker candidates for admission to Canada.

Canada has planned to invite 23,000 new immigrants in 2023 under the Spouses, Partners, and Children program.

By the end of August, the number of parents and grandparents who had become new permanent residents to Canada through the PGP was up by 13,180 people, or 233.5 percent higher than during the first eight months of 2021.