How To Apply For Canadian Citizenship 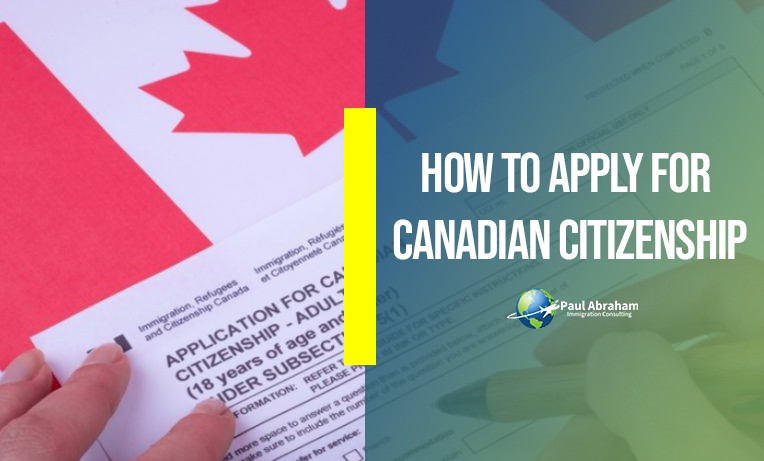 How to apply for Canadian Citizenship

If you want to qualify for Canadian Citizenship, you must be a Canadian permanent resident regardless of your age. This indicates you are not being investigated for immigration or fraud, are not facing deportation, and have unfulfilled conditions related to your permanent resident status (if one has not completed medical screening).

Besides, you do not need a valid PR card to apply for Citizenship, and you can use it even if your PR card has expired. Immigration, Refugees and Citizenship Canada (IRCC) advises you to register with more than 1,095 days of residing in Canada if your estimate is incorrect.

Those between 18 and 54 must additionally demonstrate that they can converse and respond in English or French at a certain level. This requires you to verify that you have a Canadian Language Benchmarks (CLB) grade of 4 or higher.

Furthermore, individuals aged 18 to 54 must complete a citizenship test on the day they submit their Canadian citizenship application covering Canadian rights and responsibilities, history, geography, economics, government, laws, and symbols. The test lasts 30 minutes in either English or French, includes multiple-choice and true/false problems, and has a 15 out of 20.

What are the requirements of becoming a Canadian Citizen?

You must meet various requirements to become a Canadian citizen.

1.  Be a lawful permanent resident

2.  Have spent three of the last five years in Canada

3.  If you need to, you should have filed your taxes.

4.   Pass a test on your Canadian rights, responsibilities, and knowledge

To apply for Canadian Citizenship, you must be a permanent resident. Your Permanent Residence (PR) card doesn’t have to be valid at the time of application, and you can apply even if it is expired.

The ceremony will be presided over by a citizenship judge or official, administering the Oath of Citizenship. Many people will join you in taking the oath. The oath will be issued in both English and French by the ceremony official. You will repeat the words to the oath as a group following the official. The oath must be repeated in at least one of the main languages, but we recommend you to speak it in both. You will also be asked to sing the national anthem in English and Spanish.

Rights and Responsibilities of Canadian Citizens

As Canadian citizens, we have obligations and rights protected by Canadian law and represent our common traditions, identity, and values. Our libertarian tradition, commonly known as the Great Charter of Freedom, grants every Canadian citizen the following rights:

These rights come with obligations. As Canadian citizens, we are responsible for the following:

Only certain documents can be used to verify your Canadian Citizenship.

A citizenship certificate is a paper document measuring 812 x 11 inches that verifies your Canadian Citizenship. It includes:

Dual Citizenship is very widespread in Canada, with nearly one in every twenty Canadians possessing more than one passport – yet it may not be as commonly understood as it should be. After all, the Canadian government provides neither certificate nor official recognition of dual Citizenship. In many situations, foreign persons who become Canadian citizens can preserve their Citizenship in their original country. 49 countries throughout the world accept dual Citizenship.

Keeping one’s original Citizenship can be pretty beneficial in various situations, including travel. When a Canadian possesses dual Citizenship in the country to which they are travelling, the requirement for a visitor’s visa is eliminated. So, too, do the fees associated with obtaining that visa.

To apply for Canadian Citizenship is a dream for many worldwide. And with honest intentions and proper documents, it is one of the easiest things to achieve. We understand that there are many queries and confusion on the way, so we are here to solve them. Our team of immigration experts is ready to guide and assist you on your level for the same.